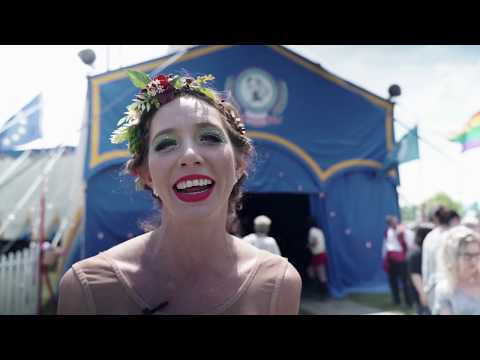 Originating from warfare battle tactics, Cossack riding is simply stated: stunt work on a galloping horse and is historically viewed as a male-dominated discipline. The name Cossack derives from the Turkic word “kazak”, which means  “adventurer”. These well-rounded horsewomen are the very definition of “kazak”, performing tricks at top speeds on an unpredictable animal has given Cossack riding the title of one of the most dangerous acts in the circus. Zingara Riders elegantly demonstrate their equestrian prowess around the ring with bravery and hard fought dexterity. 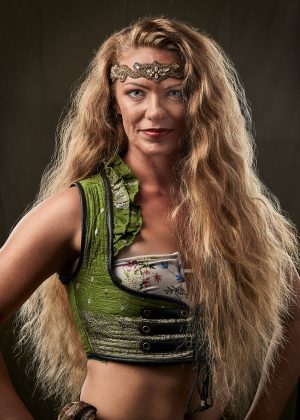 Arianna received her first horse at the age of eleven, through the years she gained experience in multiple equestrian disciplines then her primary focus became circus trick riding, and began performing in 2011. While performing, she discovered her love of aerial arts and started training in aerial silks, lyra, and straps. She now owns and teaches at her studio in Orange County, CA. 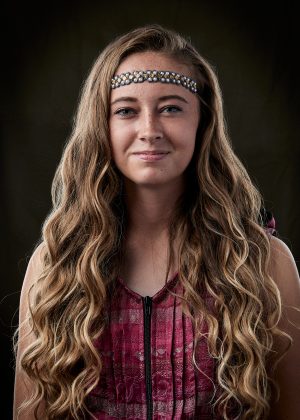 Emily grew up passionate for the equestrian arts in Utah. As a child she was involved in her local 4H horse club and has since enjoyed riding and teaching in rodeo, reining, cold starting, showjumping and medieval mounted games. In high school, she was president of her school district’s FFA chapter and a member of their horse judging team. She has also developed a love for the sport of mounted archery as a performing and competitive member of the Alpine Mounted Archers. Trick riding has been a lifelong dream of hers and she is very excited to have this opportunity. 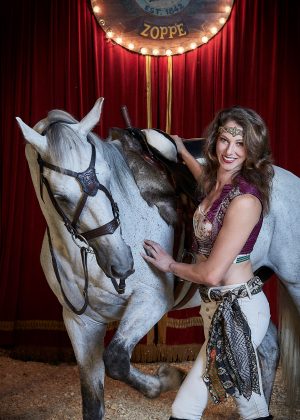 Veronica Painter was born and raised in the suburbs of Chicago.  Working for trainers since the age of ten, she knew she wanted to live the rest of her life with horses. In 2016, after some years experience in equestrian dinner theatre, regional trick riding and riding in a circus arts theatrical troupe, Veronica began her own business: Horsemanship Unlocked, an educational equestrian entertainment company specializing in equestrian stunt performances and specialty riding clinics. 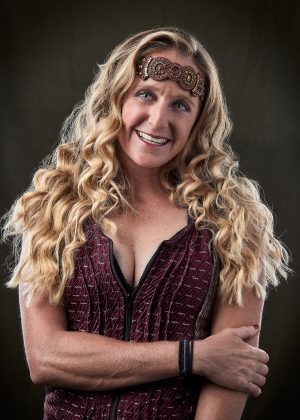 Riding and training have been a passion for Lindsay since she was six years old. Determined to make the sport her career Lindsay moved to Tallahassee, FL in 2002 to attend Florida State University. During that time Lindsay rode for the FSU Equestrian Team while also training multiple off the track thoroughbreds. Aside from riding, Lindsay excelled in the performing arts such as theatre and competitive gymnastics. Three Day Eventing is the primary training focus for Lindsay and her MF Eventing team who compete throughout the southeast.

Our seating is limited, and our shows frequently sell out. Buy your tickets today to save your spot!